On Tuesday 8th March, Document Women marked her one year anniversary as a media organization.

The birthday which coincided with International Women’s Day was celebrated with a giant photo exhibition and movie screening at the British Deputy High Commissioner’s Residence, Ikoyi.

In attendance were children from the Dream Catchers Academy; a dance school founded by Seyi Oluyole for girls from low income homes. Dream Catchers collaborated with Document Women on the photo project and all the photos were of remarkable women in world history, which the Dream Catcher girls recreated.

Document Women also partnered with the design brand Wii Create on the Women Giant Series too.

Although Kiki Mordi, the co-founder was unavoidably absent, Document Women’s Chief Operations Officer Oiza Jagun read a speech which Ms. Mordi had written. In it, she highlighted some of Document Women’s wins and growth in the space of one year.

Some of them which were mentioned include: Document Women’s podcast called We Are Not Crazy You Are, the presence of over 300 articles on the blog covering diverse topics, a short film called Shit Happens, Periods Too which addresses the need for workplaces to look into providing sanitary ware for their women workers. Ms. Jagun also reported that Ms. Mordi’s vision was for women’s stories to no longer be a niche in media but rather for the reporting of women’s stories to be normalised in mainstream everyday media.

The British Deputy High Commissioner Ben Llewellyn-Jones, gave a speech as well where he praised Document Women’s dedication to centering women’s stories despite the difficulties in Nigeria. He affirmed his commitment to using his office to support Document Women’s vision.

In addition, Sarah Etta the creative director of the Women Giant project was present alongside Kudirat Ikharo, the photographer who captured the Dream Catcher girls. 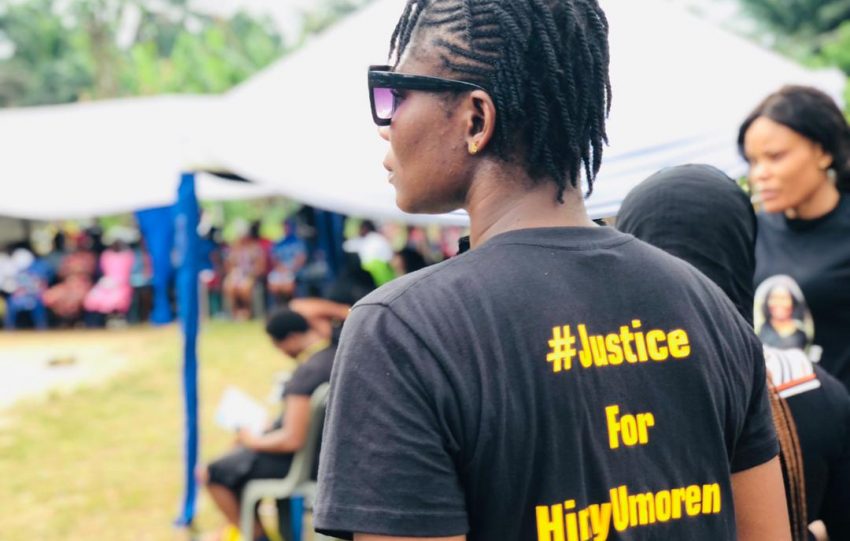