The Coolest Barber in Surulere.

If anybody had told – fresh out of secondary school – Ogechi Okoye that she would be a barber in her 20s, she probably would’ve shrugged it off.

Growing up her dreams were to go to Uni, study a course of choice, graduate and join the police force. Two years after gaining admission into the prestigious Obafemi Awolowo University, she got bored. Ogechi made inquiries about jobs she could do, skills to learn asides from schoolwork. Initially, fashion design had been her passion but this was not possible at the time because learning fees were high. An opportunity presented itself through a classmate who also happened to own a salon and suggested she learn to be a barber.

Countless times without being asked, people suggest Ogechi learn conventional skills such as hairdressing, tailoring, catering, baking, or simply just working as a salesperson, because “what other skill can a woman want to learn outside that?”

Whenever Ogechi introduces herself as a barber to people, she is met with surprise, sometimes scorn. “My parents also thought it was a silly joke when I told them what I wanted to do,” she said, “now they are used to it and call me every other week to pray for me and ask how work is going.”

At the Barbershop situated off Akinhami street in Surulere Lagos, during Document Women’s interview with Ogechi, there is a returning customer on the seat grinning as she levels his hair, beard, and shapes his hairline. A man who she calls “Boss” easily describes her as the best barber he has on his team. Ogechi explains that while some customers are skeptical about her ability to deliver their haircut of choice, others are quite welcoming to the thought of a female barber cutting their hair. They are never disappointed but still many customers decline her services merely because she is a woman.

Two major benefits she gave away of being a barber are how to relate with people and the ability to push herself out of her comfort zone because she constantly has to prove that she is good at what she does despite being in a male-dominated workspace.

In this story, romance suffers a little blow. Being a Barber, Ogechi has had prospective romantic partners complain that she is always surrounded by men. Relationships built on shaky ground always crumble so she always let it go rather than quit what she does to find love.

Being the only woman in the Barbershop, Ogechi sometimes feels unsafe, especially when it is her turn to close up shop. In order to feel less threatened, she makes one of her trusted male colleagues wait with her while she locks up the shop and orders a taxi service back home.

One challenge she faced when she started out was having to develop her confidence level to be able to carry on with the job without fear or intimidation. This is what she advises young women who have taken up or will pick up an interest in the barbering business; to be confident that they can learn and do the work as much as and even better than their male colleagues.

Although there are records of the existence of a handful of female barbers around Nigeria, Ogechi talked about not being able to find any at the time she started out. Now that more women are taking up more spaces in what is continuously perceived to be “a man’s job”, she expresses joy that these spaces now include the Barbering space.

When asked the hardest thing she had to learn in her two years of barbering experience she laughs and says it would be learning to wield the razor blade trying not to cut herself and a customer – which she did countless times.

Alongside dreams of becoming a Naval officer, Ogechi Okoye also looks forward to being able to open her very own Barbershop and recruiting an all-female team to pursue their interests in Barbering. A future Naval officer and pro-women-supporting-women? That, in my books, is the coolest barber in Surulere.

View all posts by Amarachi Nnoli
Leave a comment 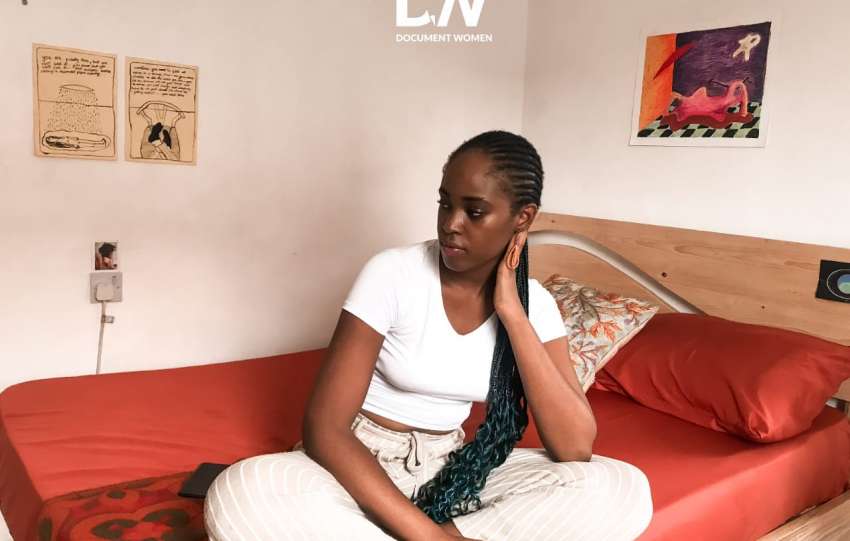 THE MULTIDISCIPLINARY ARTIST; A narrative photo essay of Osaru Obaseki 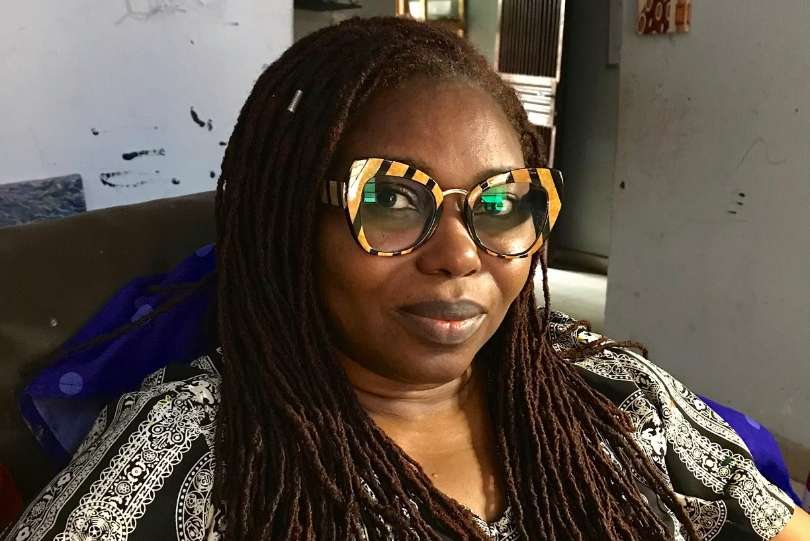 Ijeoma Ogwuegbu: Painting Through The Pain

Art As Therapy; Into The Mind Of Valerie Fab-Uche